What is the difference between the “Tim Noakes” diet and Paleo?

The recent “craze” around banting and the Noakes diet has caused quite a stir in the nutrition, diet and lifestyle spheres. While it is great that Tim Noakes has put his name behind such a “revolutionary” eating style, it’s important to understand that high fat diets have been around in some way, shape or form for quite some time. William Banting was one of the first involved in getting the world to realise just how effective a high fat, low carbohydrate diet is for the body, but his diet hadn’t really taken into account all the bad foods there are out there. He mainly focused on cutting out carbohydrates in an effort to lose weight, or to “reduce”.

I’ll try to iron out some of my concerns with the Tim Noakes diet vs Paleo below. 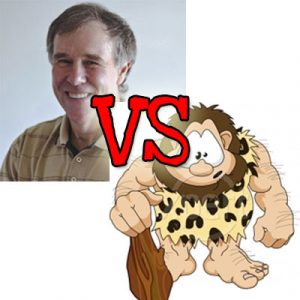 Sorting out the differences

Many hardcore Paleo followers won’t eat any dairy, natural sugars or root vegetables. High carbs are to blame and it’s all about neutralising offending foods in the diet. While I totally agree that getting rid of bad foods from the diet is the best long term solution for health, I do think that there should be some exceptions made to some of the more hardcore Paleo rules. Honey, for example would have surely been consumed by our ancestors with reckless abandon should they have found a bee hive. The same can be said for all fruit and generally anything high carbohydrate, the reason for that is this is simply because we are wired to find high carbohydrate foods and eat them like they are going out of fashion.

I think it is this fact that hardcore Paleo fans use as a basis for not eating certain foods, at least from a very high level.

The Noakes Diet and the Banting Diet

The Noakes diet is basically a standard issue low carbohydrate, high fat diet if there ever was such a thing. No grains, high carbohydrate vegetables or sugar, but an allowance for dairy. Dairy is OKAY in my opinion so long as a person test whether it has a negative effect on their body, particularly when it comes to insulin. Dairy has a strange effect on insulin secretion, sometimes causing massive rises for a relatively low carbohydrate payload. In fact, dairy is one of the most insulinogenic substances you could eat.

Having said that, some people have seemingly unexplained responses to small amounts of dairy, and other can eat or drink as much as they like. Sinus problems, sore joints and digestive issues can all be attributed to dairy and its consumption, regardless of quantity. If you are going to eat dairy, try to stick to fermented, unprocessed options. Raw milk cheese would be a good example, as would something like full fat, raw milk yoghurt.

Milk has often also been used as a post workout supplement because of its insulin effects. It would make sense that baby animals required a predictable, powerful response to insulin because of their growing body energy requirements, and what better way to build than to accelerate the shuttling of nutrients into muscles.

Enough about dairy though, that isn’t really in the scope of this post.

Perhaps more important than similarities is to take away where the world of nutrition is going as a whole. If you’re “in the know” then you should know that it doesn’t really matter what these modern, low carbohydrate, high fat diets because they are all after the same goal; health. Paleo, primal, caveman, low carb high fat, LCHF, Banting (to an extent) and now the “Tim Noakes diet” all preach similar tenants and ultimately want the best for anyone who follows them.

Honestly, my bias is and will be towards Paleo ways of eating for the foreseeable future, but everyday is a new day in nutrition and the global future looks bright, healthy and full of delicious fatty foods.

The Paleo diet viewed as a lifestyle

Sometimes I find it difficult, often increasingly so to draw the line between diet and lifestyle. To me they are mostly synonymous and amount to one and the same thing, at least as far as goals are concerned. Weight loss, energy level improvements and overall quality of life can all be drastically improved with changing the quality of foods a person consumes. Grains are as we know a pretty horrible source of nutrition, but I honestly don’t share the opinion that dairy is totally evil, and who wants to live a life without desert?

It might seem like I haven’t answered the question posed by this article at all, but the reality is that in order to draw differences between Paleo and the Noakes diet is actually pretty difficult. Technically in order of chronology Paleo was “there first” but some may argue that because “Tim Noakes diet” and “Banting diet” have become synonymous with one another it is actually the other way round.

The important thing to remember is that we’re all in this together, and the world’s people will be healthier as a result.

Of that I am certain.