Type two diabetics are generally regarded as those people who have diabetes because of lifestyle influences. For the most part, diabetes here is caused by an imbalanced nutrient intake, typically consisting of lots of carbohydrates, especially refined carbohydrates.

Sadly, type 2 diabetes has reached epidemic levels across the globe. 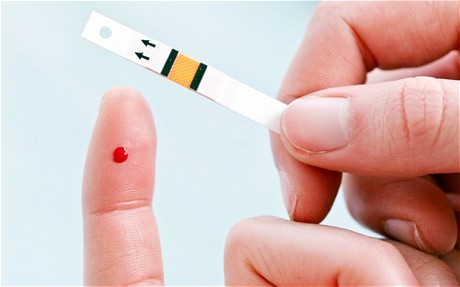 But why does diabetes even occur?

Every time we eat food our bodies break it down into nutrients for it to use. Generally these nutrients consist of carbohydrates, proteins and fats. Our ancestors would have had to manage their nutrient intake and it would probably have been a very rare occasion that they would have eaten three meals a day or at least eaten enough to be totally satiated at every meal.

Our bodies adapted to ensure that we could store enough nutrients so that we would have enough energy to survive. This would have been especially true in the months leading up to and during winter. To cope, our bodies developed a mechanism for storing excess nutrients for later use in the form of body fat. A natural, simple survival mechanism that probably had a bigger role in our survival than we even realise.

The path to diabetes is actually pretty straight forward and simple to understand once you get your head around how and why the body needs to use insulin.

When there is too much blood glucose, the body secretes insulin which stores glucose in the liver and muscle cells. When these cells become “full” of glucose, they become resistant to the storage attempts of insulin and so excess glucose is shipped off to be stored as fat.

Excess glucose is toxic in and of itself, but it also contributes to problems like a rise in triglycerides and hence heart disease.

When people become obese, it is because of not only the liver and muscle cells becoming insulin resistant, but eventually fat cells becoming resistant too. Insulin then remains in the blood stream longer and with less effect on storing glucose, and because insulin is itself toxic, causes a build up of plaque in arteries. Scary stuff. This can be correlated with the high amounts of heart disease in diabetic sufferers. Even more scary!

Insulin also slows the body burning fat, so getting rid of stored body fat is more difficult as well. This is why obese people seem to have unpredictable weight loss patterns.

Once a person is insulin resistant it is also more difficult for amino acids (read: protein) to enter muscles. This means that the body has no other choice but to use existing muscle tissue to convert into glucose. It’s a savage, relentless cycle that is sadly completely avoidable and very treatable.

In severe cases of insulin resistance it is common for people to crave high carbohydrate foods, and often thyroid issues are misdiagnosed as insulin resistance because the liver is unable to operate effectively any more. Type 2 diabetes occurs when the pancreas can longer support the insulin requirements of the body, and because you are insulin resistant you have to inject a lot of insulin just so that the body operates properly.

How to potentially recover from type 2 diabetes

Exercise helps improve insulin resistance plenty, and it does so because muscles love glucose and once their stored glycogen has been burned up insulin sensitivity increases to shorten recovery.

Carbohydrates should also be cut out of the diet and replaced with lots of vegetables, fat and protein. Low carbohydrate diets lower overall insulin levels and result in a much happier, more responsive body.