The issue with most (read all) common cholesterol tests is that they don’t actually provide usable data. The HDL-C (HDL-cholesterol) and LDL-C (LDL-cholesterol) measurement doesn’t reflect the actual number of lipoproteins in the blood. Instead, the measurement is a reading of the total amount of cholesterol that is contained within your HDL and LDL particles. The analogy here is that measuring the cholesterol in HDL and LDL particles is like trying to workout how severe the traffic is on the highway by counting the amount of people in vehicles.

The real measurement we need is to be able to count the amount of vehicles. For example a reading of 1 may mean you are dealing with 100 hatch back cars each with their own driver or 2 or 3 buses with any number of people inside of them. It is for this reason that in order for us to correctly use cholesterol, or rather lipoprotein data we need to know the HDL and LDL counts.However, even when you know those HDL and LDL values you will still be in the dark as that measurement is only valid for that exact moment when you took the measurement.

You wouldn’t count the cars or people for that matter on the highway at 12 AM and count it as a valid all-round measurement that could be applied to all times of the day, day of the week or weekly averages. A measurement like that would be statistically inaccurate, never mind irrelevant.

HDL, LDL and total cholesterol measurements can fluctuate wildly, sometimes even enough to move a person from “OKAY” to “High Risk” and back to “OKAY” without any change in diet or lifestyle in the space of weeks.

To understand more effectively how cholesterol and cholesterol levels work in the body, I’ll take a moment and explain from a fairly high level. LDL particles contain nutrients and cholesterol which is “sent” throughout the body to deliver their contents to cells. LDL receptors “catch” LDL particles and receive their nutrient and cholesterol payload and so remove them from circulation in the blood. LDL receptor activity is adaptive and if it is down regulated less LDL receptors clear less LDL particles and so more LDL particles are left floating around the blood stream for longer periods of time. These long stretches of time can cause the LDL particle’s membranes to age and break down. It is worth noting here that these membranes are constructed out of polyunsaturated fatty acids which is why Omega 3’s are so important for health. These membranes resist breaking down, but ultimately if there is enough systemic inflammation (from gluten, grains, excess glucose in the blood and poor gut health etc) the LDL particle will no longer be protected and will oxidise.When LDL particles oxidise they are absorbed by arterial and blood vessel cells and form plaque. This plaque is formed to protect blood vessels and arteries, not damage them. While the accumulation of this plaque is bad the actual fact that it is there is not.

It is important to understand that it is the oxidised LDL that leads to the accumulation of arterial plaque not LDL. Oxidises LDL is difficult to measure because the process of blood vessel and arterial cell walls (endothelium cells) taking in the oxidised LDL is very efficient and happens quickly. 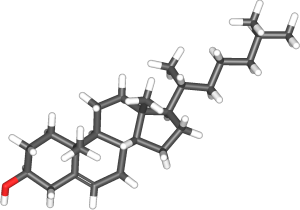 So on to understanding cholesterol levels:

>Total cholesterol: This measurement is for the most part meaningless in my opinion. ?This only indicates how much cholesterol we have without giving us a specific indication of what kind of lipoproteins we have (LDL, HDL and small particle LDL for example) or how many of them there are. There are more problems with this measurement in that it only gives you an idea of total cholesterol because it is reducing all lipoproteins to fall under one roof where in fact they have very different functions in the body. The formula used is (if memory serves) HDL-C+LDL-C+(Triglycerides/5). You can’t reduce life giving lipoproteins to mere numbers and expect the measurement to mean anything. For example, someone could have high triglycerides, low HDL and still have higher total cholesterol than someone with high HDL and low triglycerides.

HDL-C: This is largely regarded as the “good” cholesterol. It’s role in the body is similar to that of a garbage truck where it goes around collecting excessive cholesterol and fat from tissue. Higher HDL-C values correlate with better cardiovascular health overall. Higher HDL counts are desirable as there is a strong relationship between total cholesterol and HDL ratios and heart disease. Having said that, this was only ever studied in people who aren’t paleo or eat a high fat diet.
LDL-C: LDL-C is generally associated with problems in the body. While a high value here is often considered unfavourable, this number is only a total measurement. LDL-C is okay if there are large particles floating around, it’s the small particles of LDL-c which is the problem. High counts of small-particle LDL-C can be attributed to poor LDL receptor activity (see receptor downregulation above) and LDL which likes to hang around in the blood for whatever reason. Simply put, the LDL-cholesterol measurement isn’t enough to go on. It’s also important to re-emphasise that this measurement is merely a snapshot, it is more important to take note of the LDL-C trends over time rather than focus on one measurement. If the trend is an increase in LDL-C over time this could mean that there is an issue with LDL receptors and so poorer LDL clearance from the blood stream, ultimately meaning higher LDL oxidation potential.
Triglycerides: High triglycerides generally go with low HDL and and small particle LDL. It could then be hypothesised that high triglyceride counts could mean more oxidised LDL. Generally, paleo eater’s triglyceride counts are below 100 mg/dl. Triglycerides are held within low density lipoproteins (VLDL), the numbers of which are worked out by doing the triglycerides divided by 5 calculation.

So what should you look for:

It is also important to understand that fluctuations by fairly large amounts (20-30 points or mg/dl) is normal and can happen without apparent reason.

The total cholesterol:HDL-C ratio is important as it indicates fewer LDL particles that could potentially oxidise. Lower is better here.

Triglycerides to HDL-C ratio?: Lower is better and can indicate larger and fewer LDL particles. This ratio would ideally be closer to 1 or lower.

Unfortunately, I’m unaware of an establishment in South Africa (February 2014) which can do a VAP or NMR LipoProfile test. NMR is the ideal one as it measures particle count in addition to size.
I hope this has given you some usable information with regards to cholesterol and understanding the measurements a bit better.