au Why Losers Are The Real Winners | ThePaleoDiet.co.za
0 Items

Why Losers Are The Real Winners 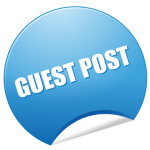 This weekend we went for a mountain bike ride on our favourite local trail, and unbeknown to us, there was a race on the same trail. When we joined the trail the potential winners were just coming through that section, and they were speeding past at almost inconceivable pace. We continued on our way making sure not to get in any of the racers ways so as not to impact their race. When we hit the halfway point on our planned ride we turned around to head home, by this time we were being passed by the top of the middle of the pack. Once we turned around it meant that we were riding into the oncoming race, and therefore came face to face with the tail end of the race. All in all we were able to see the whole range of humans who enter a race, and this resulted in a few rather unexpected realisations for me.

Initially seeing the potential champions, with their incredible abilities steaming ahead and winning, I was impressed at these people’s physical prowess, and obvious alpha status. When confronted by the top middle of the pack, I started thinking that there’s really no point in even entering a race if you can’t be like those front runners. What’s the point of even entering if you’re not going to be in the top 10%? The middle of the pack really have no chance of making it, they don’t have the training, the natural talents, the speed, technicality or whatever it is that makes the winners, winners (all this coming from a weekend warrior out for a slow Sunday cycle). So I had decided that racing, something I was thinking about taking up, was for the birds, and that my participation really would be pointless.

Toward the end of our ride we came across the back of the pack, a mixed bunch of old and young, fit looking and overweight cyclists pumping away at their pedals to get to the end of the race, and it was in this that I saw the real purpose of races. The real winners. It’s not the guys who finish at the front who benefit the most from these races, it’s the guys who have challenges who don’t quit. It’s the guy or girl who has to take 2 minutes beside the trail to cry, and pull themselves together just so that they can keep the pedals turning over that win’s more than a gold medal, and more than any cash prize.

I know that this is not a unique concept, but for me it really cemented something I had always been told, and made it an indisputable fact.

I have been reading a bit about the growth vs. fixed mind-set and I think that my casual Sunday cycle that happened to share the path with a race taught me so much about the validity of that philosophy. It’s the unfit guys, the riders at the back of the pack who are facing a much harder race than the professionals, their obstacles are higher, the intimidation far greater, and the eventual strain takes more of a toll on their bodies. Just think about the thought process the back of the packers have to go through to get to the start line, and then eventually the finish line?

First of all they have to overcome doubt, and not only their own self-doubt, often it’s their own families and friends who are concerned that they won’t make it. I’m not going to go into the reasons people claim in order to tell people that they shouldn’t/can’t have or do what they want, that’s for another discussion with someone more qualified than myself. So first off they have to tell their ‘voice of reason’ to be quiet, and that they can ride a bike, or finish their first trail, next, its setting a goal or challenge, often in the form of a race. They have to dodge all of the potential negativity and commit.

Next they have to overcome fear, and not just one, but multiple fears. Fear of failure, of pain, of disappointment, of embarrassment if they don’t achieve the goal they have set. Often the fear of failure overcomes people so quickly that they’d rather not even try. That’s kind of where I was at the beginning of the ride watching all the top finishers’ wiz past ‘well if you can’t be in the top 10 why even try?’

What will that tail ender say to all the people who said they couldn’t do it?

They’ll make fun of me! It will be embarrassing, I can’t do it, I’ll never finish. So they overcome all that, and sign up, and tell people that they’ve entered a race.

Then there’s the next obstacle – Time. Now they have to find time to train for the race, they have to sacrifice doing things that they enjoy, spending time with family and friends even to get onto the bike and pound the pedals. Unfortunately our modern lives are very full, and finding a chunk of space a couple of times a week to do something that sometimes seems to non-financially beneficial is difficult. Sometimes they have support, sometimes they don’t, but either way they go out and make the time to practice for the race.

When they make the shift to start training, riding, running, whatever it is that they are going to do there is a necessary physical shift that has to be overcome. For some people it’s a pure fitness thing, they just have to keep running until they can keep running. For others it is an even harder battle as a result of years of inactivity or carrying around extra weight, just another mountain they have to overcome. This is where a lot of people fall by the way side, because it is not comfortable, in fact sometimes it is borderline torture. So the tail-enders I saw at the race? They had gotten through the first couple of rides, and probably quite a few more to get to the point where they were.

Now there’s the emotional battle, the nerves, the recurrence of the self-doubt maybe? But they didn’t panic at the last minute and drop out, they didn’t let the comfortable warm bed win early on a Sunday morning. They got up, they made a huge effort to get to the start, and they made it. Then the race started, and it’s an emotional rollercoaster. Any mountain bike ride is, in fact I’m sure that any runner, swimmer, roadie or paddler will tell you, every outing is. The exhilaration of the start only lasts so long, and then the reality sets in, when they see the third distance marker and realise that they haven’t even done a quarter of the race! Their bodies are screaming at them to stop, this is not natural, ‘why are we doing this?’

In line with the growth mind-set, I would say that the guy sitting on the side of the trail, shedding a quiet tear for what he’s going through has had to overcome so much more than the gold, silver or bronze winners who had everything they needed to get to the end. I am not trying to diminish the winners achievements, they are indeed impressive, but who I’d like to celebrate is the rider who had everything against him/her who never stopped trying, who pushed themselves up against every obstacle and who crossed that line, not a care for the time, just the fact that they made it across. The lessons that rider has learned about themselves, and their abilities are worth celebrating loud and clear.

To the tail-enders in every race, you’re the real MVP’s, and I would be proud to be amongst you in the race I’ll be riding in one month.