Treating depression and anxiety through diet

Depression is becoming more and more recognised as a disease and is more and more commonly being treated through the use of medication such as anti-depressants. The issue with anti-depressants is that you are treating your condition in a roundabout way which might not necessarily be addressing the root cause of the issue. Depression is not always treatable through making lifestyle changes, I understand and respect that, but there is considerable evidence emerging on the positive effects of correcting dietary problems and the positive benefits to be had from doing so. 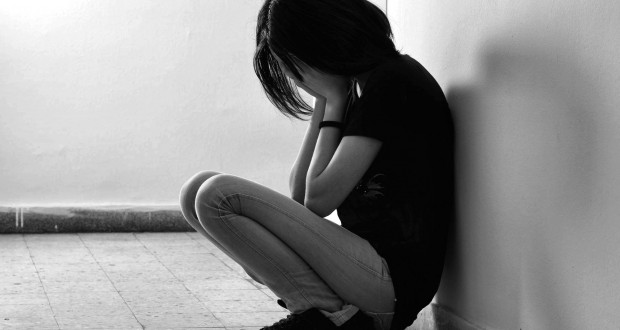 How Paleo helps with depression

Because I’ll be addressing the causes of depression from a dietary perspective, I’ll be focusing on some of the more physical components around what makes and keeps us happy. There are many factors which can play a role in causing and maintaining a state of depression in people, such as social, emotional, genetic and environmental influences, but for the purpose of this article I will address depression from a “what you can do about it from a diet and lifestyle perspective right now” angle.

There is more and more emerging evidence in studies showing a distinct connection between avoidable conditions such as leaky gut and other inflammation related conditions. I think that much of these studies show that there is in fact a link between gut health and mental health, one that is negatively effected when eating according to a known inflammatory diet. Typically, inflammation causing diets are those rich in grains, cheap and “dirty” carbohydrates and lots of refined sugar. If you are depressed and find that your diet isn’t a healthy one by anyone’s standards, ie: lots of fast food, pizza, bread, pasta and low quality carbohydrates then perhaps it is time for you to try a healthier diet.

From personal experience with battling short bouts of depression my entire life, changing my diet has made the single greatest difference to my mental state.

Before I began eating according to Paleo and primal guidelines, my energy levels were all over the place and my thoughts would automatically venture down the negative roads available. After the switch to a high fat, anti-inflammatory diet I noticed a radical change in my energy levels, general mood and the way my thoughts started and ended.

I think that because our neurotransmitters are all linked to physical “components” of our brains, there is much to be said for following a diet that is aimed at providing the body with optimal nutrition. Mood disorders are commonly associated with abnormalities in our serotonin, dopamine and norepinephrine neurotransmitters, and I feel that the band-aid approach of using anti-depression to treat depression is well, used as a band-aid; temporary improvements disguised as solutions.

Paleo helps depression because it cuts down on the amount of inflammatory body stress and allows the body to recover from conditions more easily and effectively. The brain is an organ, and while it is incredibly complicated it too benefits from getting the right nutrients it needs to function at its best. It’s no secret to the medical community that optimal hormone function plays a big role in the way we feel and live, and fixing your diet can yield massive hormone balance improvements in relatively short periods of time. Research shows that depression is an inflammatory condition caused by all sorts of diet related (among others) stresses. Omega 3 deficiencies, for example, are linked to depression and other neurological conditions.

Perhaps one of the biggest  realisations I’ve had is that many anti-depressant medications are in fact anti-inflammatory. Coincidence?

There is also a lot of research available on the link between depression and insulin resistance, and a simple “test” of this in real life people battling with depression is to think of how many people who are depressed eat diets high in carbohydrates.

Simply put, Paleo helps treat depression because it addresses it as an inflammatory condition treatable by eating anti-inflammatory foods.

Eating high carbohydrate diets leave people riding an energy rollercoaster that damages the way the body handles glucose and ultimately leads a person to become addicted to easy to access carbs. The reason for this is that carbohydrates temporarily spike serotonin production in the intestines. This temporary increase makes for a short lived feel good high, followed by a prompt crash in energy and hormone levels. This leads people to hunt for carbs all the time, and ultimately results in more inflammation for the body to deal with.

Carbs temporarily increase serotonin production, carbs cause an energy crash and also increase inflammation, inflammation allows for depression to occur. A viscous cycle many are stuck in.

How to start treating depression through diet

Cutting out the essentially bad foods such as grains and cheap carbohydrates is key. Start eating only foods that are free from toxins and known bad chemicals. Basically, if it comes out of a packet it shouldn’t be in your stomach. Also try to incorporate a good quality omega-3 supplement as there is direct evidence that supports healthy omega-3 to omega-6 ratios decrease depression. Try to aim to eat lots of veggies, fruits and other foods rich in anti-oxidants, as because you should be focusing on decreasing systemic inflammation and promoting happy hormone levels, you should only be eating foods that are good for the body. That means that you need to limit binge eating of bad foods with the goal of eventually removing them from your diet completely.

This might sound impossible, but it is actually simple and step by step. (If you are interested to start right now, signup for my free 7 Steps To Paleo ebook below this post)

It is also suggested that you supplement for all the essential vitamins and minerals, especially as you are making the switch from a pro-depression, pro-inflammatory diet to an anti-depression, anti-inflammatory diet. Try to get 10-15 minutes of direct sunlight every day, and if you don’t get a vitamin D supplement of around 5000IU’s. Personally supplementing for vitamin D made a massive difference.

It is important to realise just how much of an effect diet has on both depression and anxiety. They are related “things”, being depressed and being anxious, and both can be successfully helped by eating foods that allow the body to reduce inflammation and cope with stress of all kinds much more effectively. Although this article may be at risk of sounding disconnected and perhaps too scientific, the truth is that if you cut out the bad food from your diet and eat clean, nutrient packed foods your body has no choice but to be happy.

So what have you got to lose? Signup for my 7 step guide below (and the optional 4 Week Paleo Lifestyle Course) and take control of your happiness. There really is a great deal you can do just by changing the foods you eat. I would love to help you beat depression.