The benefits of an insulin resistance diet 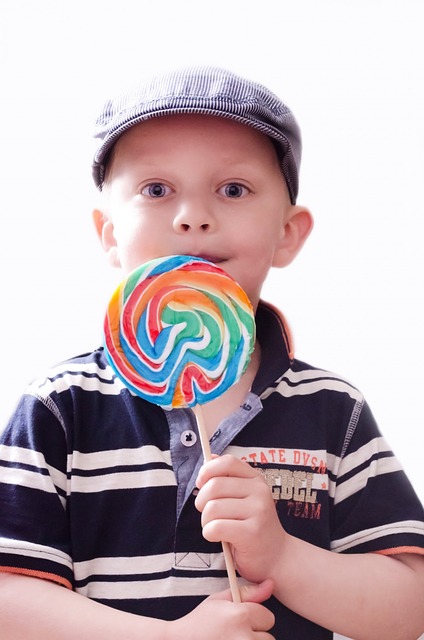 The kid above should not be eating that candy-cane. Diabetes can stem from childhood eating habits, and unfortunately kids don’t know how to make the best choice when it comes to food, they need their parents help for that.

Personally I suffered from some unexplained fatigue before switching my diet to a Paleo focused one. I was honestly quite surprised that I could have gotten so far down the road to becoming pre-diabetic, but looking back now I really do know that I was at the very least headed straight towards developing diabetes.

Fortunately, I was to all intents and purposes saved by Paleo and I believe I have taken massive steps in helping my body recover and prevent itself from developing pre-diabetic symptoms again and ultimately diabetes.

If you find that you have some of the symptoms listed above then I’d urge you to consider changing your diet immediately as it is the easiest way to make positive change and is the best long term strategy for issue free health.

More “formal” testing can be done in the way of getting your blood sugar tested. This is generally done by your doctor and involves you doing a glucose fast test. Your doctor should ask you to fast for a period (usually 12-24 hours) and then you will be measured for your fasting blood glucose levels. If your measurements are irregular then your doctor will probably do a glucose tolerance test. This test is basically just to determine how your body reacts to a large load of glucose through your diet.

If you have been eating lots of carbohydrate dense food like refined sugar products, bread, pasta, potatoes, etc, then your body will be less able to effectively deal with blood glucose spikes. This is because you have inadvertently trained your body to maintain an elevated level of insulin due to a constantly elevated blood glucose level. It is for this reason that a low-carb diet helps effectively heal insulin resistance because less blood glucose generally equals much improved insulin sensitivity.

I wholeheartedly believe that the better way of tackling insulin resistance in all animals (yes, your cat can get IR too) is to make positive changes to the diet. These changes don’t have to be massive to reap measurable benefits.

Think about treating IR (insulin resistance) this way. Would you rather allow your body to heal properly by eating foods your body knows what to do with. Foods that help your body heal, are delicious and can be eaten for the rest of your life.

Or, would you rather pump your body full of drugs that artificially lower blood glucose, without treating the cause of your insulin resistance in the first place.

I don’t know about you, but I know which one I’d rather choose and which one worked for me. There is a lot of therapeutic benefit that can be had from eating foods which your body knows what to do with, and just because foods are healthy doesn’t mean that they have to be bland or uninteresting. Some of the most delicious foods are also some of the most nutrient packed, I attribute that misconception to food company marketing. Being healthy doesn’t do well for the junk food manufacturers.

If you are suspicious of the benefits to be had when it comes to treating insulin resistance through diet why not try the following test?

Easy test to check for and treat insulin resistance

Another great way to check for insulin resistance is to exercise without any food eaten prior. Try to do some high-load exercise if you are used to exercising or some cardio work if you aren’t. Many people who have insulin resistance will find that they will begin to crash and have difficulty recovering. It’s important to have something sugary to help you recover from severe insulin sensitivity issues because many people who are insulin resistant and do a large amount of exercise run the risk of pushing themselves into hypoglycaemia. This is not a good place to be because you run the risk in sever cases of falling into a diabetic coma.

There is a distinct connection between obesity and insulin issues. Many people who are obese are diabetic, and this phenomena is very simple to understand. It’s important to see obesity as a result of constantly making the wrong dietary choices rather than being a “disease” or “condition”. Obesity is the body’s natural response to a diet that is too high in carbohydrates and nutrient poor foods.

How the body gets obese

Meet Jim, a healthy guy with good/healthy insulin sensitivity. Jim only eats one or maybe two potatoes per week and is of ideal body weight.

Here is what happens inside Jim’s body when he eats a potato or any other carbohydrate dense food:

Jim’s body is well calibrated to Jim’s healthy diet. Jim might feel some sort of post-carbohydrate dense meal slump but recovers quickly and continues as normal. Jim doesn’t have any strange cravings because his body is well adapted to using body fat for energy and his insulin sensitivity is healthy and responsive. Jim is not at risk of developing diabetes.

Now let’s meet Tommy. Tommy likes to eat lots of high carbohydrate foods often and includes meals with at least one potato in them everyday.

Tommy’s insulin resistance is a response to the body being filled with foods which are high in carbohydrates and subsequently high in glucose. High levels of glucose in the blood everyday forces the body to constantly release insulin and forces the body to store excess glucose as fat. This works well for healthy bodies where occasional spikes in glucose are normal. But for Tommy, because he eats foods like potato’s everyday that are high in carbohydrates his body has lost the sensitivity needed to control blood sugar spikes effectively. Unfortunately, unless Tommy cuts down on his carbohydrate filled diet immediately he runs a massive risk of developing diabetes.

If you find that you identify with Jim’s body and how it works then good for you. You are probably safe from developing diabetes and your body seems to have it’s insulin sensitivity dialled in and as a result you are of healthy body composition or lose weight easily.

If you found that you didn’t identify with Jim and were somewhere in between him and Tommy then you should really consider cutting down on carbohydrates in your diet to improve your insulin sensitivity and lower your insulin resistance.

If you strongly identify with Tommy you are probably pre-diabetic or already on your way to becoming diabetic. You should definitely cut out carbohydrate dense foods and make a concerted effort to make the changes you need to make. Your body needs strong signals from healthy foods so that it can hopefully begin to reverse diabetic symptoms and recover normal insulin function. This might sound like a pipe-dream for many people, but Paleo really does help people recover from diseases and conditions such as diabetes effectively.

Give it a shot! Signup to my free Paleo course below and start taking control of your insulin sensitivity today!

You can also grab your own Paleo meal plan and start your anti-insulin resistance diet with a bang for best results.