What constitutes a gluten free diet?

Firstly, perhaps it would be best to examine what gluten actually is and why it is so offensive to the body.

Gluten is a protein that is used in foods to alter their texture and structure. It is particularly valuable in the production of bread as it gives dough elasticity and produces a better texture and feel to bread once it has finished baking. It is also used to give volume to certain foods, and can be found in everything from soy sauce to sugary sweets. Many instant soups and sauces contain gluten as well. 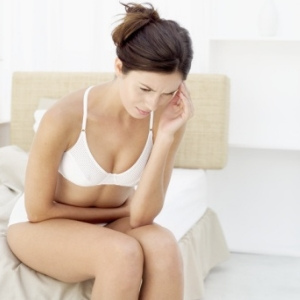 Why is gluten intolerance and gluten sensitivity becoming more common?

What you should understand before focusing on the severity or the commonality of gluten related issues is that almost everyone has some level of gluten intolerance. A person doesn’t have to suffer from celiac disease or something like crohn’s disease in order to be sensitive the effects of gluten in the body.

Non-celiac gluten sensitivity has been confirmed in multiple tests, like this one for example.

Perhaps it is best to consider that the increase in gluten sufferers realising they have a problem with dealing with gluten in foods, such as grains, can be attributed to the increase in awareness of the negative effects of the substance. On another note, gluten concentrations and potency in foods has been on the increase ever since we started genetically modifying grains. Some wheat in fact contains upwards of ten times the amounts of gluten it would have contained if it remained unmodified in the wild.

What issues result in the body after the consumption of grains and gluten?

Problems which can be attributed to gluten related illness don’t necessarily manifest themselves as intestinal issues. Headaches, weird mood swings and energy fluctuations could all be linked to a sensitivity to gluten and grains.

Irritable bowel syndrome is a more obvious example of what grains and gluten can do to a person’s digestive system. Most sufferers of IBS see a drastic reduction in symptoms after removing grains (and gluten) from their diet. A large portion symptoms even completely disappear, never to be seen again.

Grains really are not good for us.

All of the symptoms above can be attributed to gluten sensitivity. Have you got gout or suffer from arthritis? Try and remove grains from your diet for a month and see what your body does. I’d bet that it would recover and you’d thrive on the relief you’ll feel. 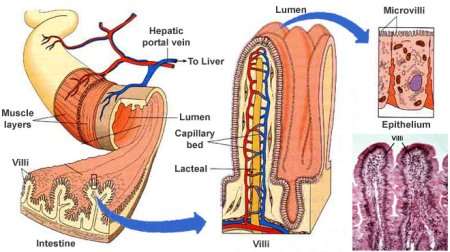 What does gluten actually do to my body?

Gluten is a protein that binds to the intestinal walls and globules up. The body realises that something is wrong and begins producing antibodies to fight the invader. During this process of the body fighting gluten, inflammation occurs at the spot where the globules formed and proteins are able to pass through the intestinal wall into the rest of the body.

This is not good for the immune system, as these proteins can in effect spread inflammation throughout the body.

It is this inflammation which affects us so negatively. Some people have immune systems which are able to effectively mop up the negative effects of proteins passing through the intestinal walls, but if their immune systems are compromised their bodies will have a hard time warding off the inevitable onslaught of inflammation.

These inflammatory effects of gluten are not the only side effects, high glycaemic loads, sugar, low quality carbohydrates and insulin problems are all associated with the consumption of grains and gluten.

How does a paleo, low carbohydrate, zero grain (and zero gluten) diet help me?

By following the paleo diet, or in fact any diet which promotes limiting or removing grains from the diet, your body doesn’t have to deal with the inflammatory properties of grains and gluten.

That means that your immune system is sharper and less taxed, your digestive system is actually functioning normally and your insulin sensitivity is at a normal, healthy level.

The paleo diet totally removes grains from your choice of foods. Grains, in any form, be it rice, wheat or corn for example, all negatively affect the body. They are high in carbohydrates and damage the intestines.

Think of how often the average person eats carbohydrate dense, grain based foods. Italian food makes up around 70% of the worlds diet, so it’s fair to assume that many people eat italian food (pasta, etc) multiple times a week. That means that multiple times a week the body is battling with inflammation and digestive difficulties.

If you are interested in learning about the paleo diet and what it can do for your health, including the removal of gluten related problems,check out the 7 Paleo Concepts Course below!